Around 1979 I was introduced to ‘dungeo’ on my uncle’s PDP-11/34 running RSTS.  Yes, he had his own PDP-11/34 (a large room-dominating mini-computer).  He leased machine time to the company that employed him in a mutually benefical arrangement, but alas, that is another story, along with with his homebuilt & wire-wrapped PDP-11/05. Since I was […] 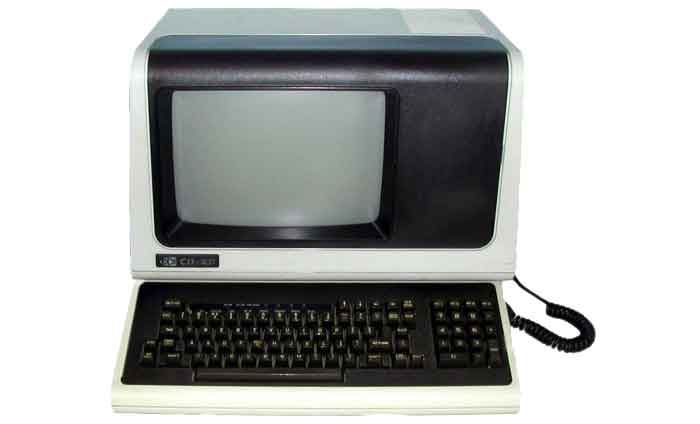 Around 1979 I was introduced to ‘dungeo’ on my uncle’s PDP-11/34 running RSTS.  Yes, he had his own PDP-11/34 (a large room-dominating mini-computer).  He leased machine time to the company that employed him in a mutually benefical arrangement, but alas, that is another story, along with with his homebuilt & wire-wrapped PDP-11/05.

Since I was a young ‘hunt & peck’ typist, it was easier and faster to type ‘dungeo’ instead of ‘dungeon’ on the computer terminal and it was sufficient due to the ‘6.3’ filenames common on DEC systems.  Dungeon was the largest game on my uncle’s system and it was much more complex than the other common BASIC games that he had (e.g. STRTRK.BAS).  After my initial exposure to it, I looked forward to playing it when I visited.

Something wonderful happened in 1981, and my father received his own PDP-11 (my uncle assembled it for him).  This was a much smaller machine than my uncle’s that was based on the LSI-11 chipset (PDP-11/03).  Initially our system consisted of the 11/03, a C. Itoh CIT101 smart terminal (pictured above), and a dual 8″ floppy drive.  A month or two later we received our 5MB fixed 14″ platter hard disk drive (logically mapped as an RK05 drive).  The next year my dad purchased an Epson MX-100 dot-matrix printer to complete the system.  The computer was in an equipment rack that was about 3 feet high, with the printer on top.  The operating system we ran was RT-11SJ and later RT-11FB which were the only OSes that would fit in the 32KB RAM on the machine.  But we now had a machine that could run Dungeon!

Dungeon (a.k.a. Zork) was written by four MIT students in 1977 using a programming language called MDL on a PDP-10.  The game was later translated to FORTRAN (via leaked source code) so that it would run on PDP-11s and other machines.  It was very popular and spread rapidly via DECUS (DEC Users Society) and other organizations.

Typing ‘run dungeo’ at the command prompt was a sign that magical fun was about to begin.  Entering that command brings back many memories of my young adolescent self solving the plethera of puzzles contained in this early example of interactive fiction (IF).  Fortunately I did not have a walkthrough available to cheat from- In my day we didn’t have fibbilty floopin’ walkthroughs ta cheat off of, we had to use our brains, and we liked it, dag gamut…   Solving the puzzles was a brutal ordeal involving my friends (Eric, Jason, Ian, Doug, Kevin, and David) and even my sister (because she was kind).  However, when we solved a puzzle in the game it felt like a true though short lived triumph because we immediately were discovering what new areas and challenges had opened up to explore.  Some challenges in the game took quite a while to solve.

Three of the four MIT students went on to found Infocom which produced many IF titles.  The name of Zork changed from Dungeon to Zork due to conflict with the people who published Dungeons & Dragons.  The original version of Zork required more memory than most microcomputers of the time had, so Infocom divided Zork into three parts; Zork I, II, and III.   I would say that more than half of Zork II and most of Zork III was new material not found in the original PDP versions.  Infocom also published maps, hints, and other merchandise related to their games.  I purchased some maps and the original Dungeon poster, and later I even acquired PDP-11 Zork III from them.

Infocom created their own virtual machine called the Z-machine to run their IF stories/games/programs (take your pick).  They then wrote Z-machine interpreters for all of the popular personal computers at the time (Apple, IBM PC, TRS-80, CP/M, Atari, Commodore, etc.).  This made it easier for them to release titles, as they wrote their IF in Z-code which would run cross-platform on the various interpreters.  Infocom was later acquired by Activision in 1986.  Many people still write Z-code interpreters and they are available for most computing platforms today, Windows, Mac OSX, Linux, iOS, and Android.  There are thousands of IF titles written in Z-code that are freely available at places like the IF Archive.

In the window below you can play the Z-code version of Dungeon created from the original MDL sources.  The Z-code interpreter used below is called Parchment and it is Javascript based so it can run in your browser window – pretty slick!  I have changed the colors and font to simulate what our old CIT101 would have looked like back in the day.  The font was created by Viacheslav Slavinsky.

Parchment is licensed under the New BSD License, while parts of it are under the GNU Public License.  Dungeon Z-code is considered public domain. 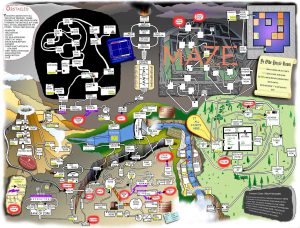 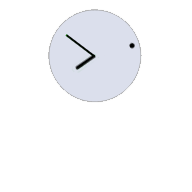